In an event sponsored by T.A.N.G.L.E.S., we brought our documentary to the Paul Robeson Theatre at Rutgers-Newark, where we were met by an eclectic and smart audience of students and locals. The Q&A following the film was the highlight of the evening, and served as testament to this film's ability to inspire as well as inform. Thank you New Jersey, and we will be back for more soon.﻿

We were truly fortunate to be a part of LA's own Pan African Film Festival, where our film screened not once, not twice, but three times! The festival staff handled every step of the process with professionalism and enthusiasm, and really gave us a strong platform for the documentary, so that we could reach the most people. And we were in good company, as the festival lineup included a ton of other films from every part of the world! It was an honor.

It was a pleasure to bring the film to Brooklyn College (alma mater to three members of our team!), where our doc screened for students from the campus and a nearby high school. Our friend and fellow BC alum Benewaa Bonsu helped build the Women of Color and Identity Conference around the film, which included a lively panel from local hair experts, a group discussion, spoken word, a Q&A and good food for all! We had a blast, and look forward to the next school.

We enjoyed a great turnout for our benefit screening for the Young Journalists in Training program at St. Francis College! A powerful introduction was led by Borough President hopeful Eric Adams and Professor Andrea Andrews, and our audience was engaged, vocal and very supportive during the film and the Q&A afterward. It was an evening that in many ways reaffirmed our team's core values when we first assembled to make this documentary, and so we were happy to be there.

We were very thankful to be a part of this festival at the Paramount Theatre, where In Our Heads headlined the afternoon section of films by Black producers and directors from across the nation. Everyone from the festival organizers to the panelists were industry professionals, and it definitely showed in our dealings with them. And, as always, a special thanks to all those who made cinema a part of their weekend!

We enjoyed our experience at Sarah Lawrence College, and felt it was a reminder that sometimes smaller, intimate audiences can make for the best post-film discussions. The students who came out were of diverse background, and brought a lot of new perspectives to the table! This event was organized by Alternate Shades, an on-campus student organization that works as a platform for all things of interest for people of color, men and women alike.

Our film enjoyed a very successful two-day run at the Gene Siskel Film Center in downtown Chicago, as a part of the 19th Annual Black Harvest Film Festival! The pop-up salon and the post-screening panel only helped to make this experience that much more special, and we look forward to our next opportunity to show this documentary in the area.

It was our pleasure to be affiliated with the Langston Hughes Festival, and we're very grateful to the staff there for providing us that kind of exposure in Seattle, where the film has been requested more than once. While we weren't able to attend, we were certainly there in spirit, and we hope this isn't the last time In Our Heads will make it out to that side of town.

Our team was happy to bring the documentary to Howard, marking our first school screening, but certainly not the last. The audience was a balanced mix of current students, Howard alumni and others from the DMV area who got the word. And they were a great crowd, engaged and energetic throughout. This event was organized by the District Affiliates, who kicked off the evening with a hair show and some spoken word, filling up the Blackburn Center on campus just in time for the film to begin. During the Q&A afterward, we were joined by an influential hair salon owner and the 2012 World's Top Natural Hair Model. It was a pleasure, and we look forward to bringing our film to the next institution!

It was a privilege to be included in the Urbanworld Film Festival, which screened our documentary on Friday, September 21st. We were in the company of so many great films, many of them award-winning, but the festival staff were attentive and motivated, and no seat in the theater went unfilled. We loved every moment of our Urbanworld experience, and we'll be back! 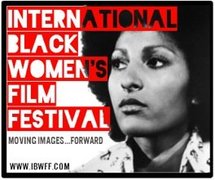 The team wasn't able to make it out to California on July 21st for this festival, but we were honored to have been a part of it. Quite a few of our supporters on the West Coast were able to attend, though, and let us know that the turnout was great, the energy was high and we fit right into a lineup of some truly exceptional films.

The Brooklyn Chapter of the Links, Inc. produces this festival, which showed our film on Saturday, May 5th. These women put together a sensational lineup of independent films that dealt with the modern experience for women of color, whether here in America or in the motherland. The Spike Lee Screening Room at LIU played host for the day, and the enthusiastic audience stayed for every film, including ours! We were in good company.

We had a blast at New Voices in Black Cinema, which was held at BAM (Brooklyn Academy of Music) over President's Day weekend. In Our Heads was on display that Monday, February 20th, and the turnout was excellent. There wasn't a seat left in the theater, with people filling the aisles, sitting on the stairs, and even standing in the back, as we were sold out well before screening time. And they certainly came ready; at times, the uproar was such that you couldn't hear what came next! But hey, that just means they'll have to see it again! 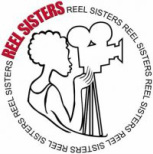 The Reel Sisters of the Diaspora FIlm Festival & Lecture Series held a free screening of In Our Heads about Our Hair on Saturday, October 15th, celebrating with history and humor the tradition of Black HAIRitage. The audience at the Kumble Theater of Long Island University was engaged, inspired, and truly made us all feel welcome. Our Q&A session was powerful and personal, and a definite highlight of the night. And every seat in the house was full!
Website by Nu Web Order Designs